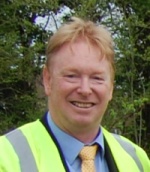 The investigation is understood to relate to an incident that occurred at a meeting of the Town Council on 3rd December 2008.

That meeting saw Councillors decide to switch funding for youth work in the town from Southern Brooks Community Partnership to South Gloucestershire Council.

Cllr Williams reacted by calling his fellow (predominantly Conservative) Councillors “a bunch of w*****s” and leaving the meeting.

A written apology from Cllr Williams was “recorded” at the next meeting of Council on 17th December 2008 but it seems that this was not enough for one Conservative Councillor, who subsequently referred the matter to the SGC Standards Committee.

Cllr Williams told The Journal that he will not be attending today’s hearing but has made a written submission.

This will be the second time this year that the SGC Standards Committee has been called to investigate the actions of Bradley Stoke Town Councillors.

An earlier investigation was made into events at a meeting of the Town Council’s Finance Committee on 17th December 2008, where the thorny topic of the Northavon Bowls Club dispute was discussed. The results of that inquiry have not been made public.