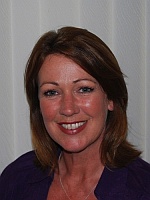 The by-election for a vacant seat on Bradley Stoke Town Council (BSTC) will be a three-way fight between candidates from the Conservative, Liberal Democrat and UKIP parties.

The contest, which was forced by UKIP following the resignation of Conservative councillor Keir Gravil, will be determined on Thursday 2nd May when around 3,500 voters in the Primrose Bridge parish ward are called to the polling booths.

UKIP’s candidate is local mum Caroline Sullivan, who unsuccessfully contested a by-election for a seat in the Meadowbank parish ward last September. Mrs Sullivan is well known for her campaigning to allow more local children to be given places at Bradley Stoke Community School. She is also active on Twitter, where she has recently complained about the money reserved by BSTC to spend on its Britain in Bloom project.

The Tory candidate is Andy Ward, who is perhaps best known for his work with Bradley Stoke Radio, acting as compère at many community events, such as the recent Tesco charity fashion show at the Willow Brook Centre.

Sarah Drake, the Liberal Democrat candidate, most recently stood for a Bradley Stoke South seat at the May 2011 district council elections, where she lost out to two Conservative candidates.

Staging the by-election could cost the town council in excess of £5,000, based on the amount billed for the recent by-election in the Meadowbank ward, where there are about 1,000 fewer voters.

Whatever the outcome, it will not change the balance of power on the town council, where there are currently eleven Conservative members and three from UKIP.