The money handed to the groups derives from fundraising events organised by the town council over the past 12 months, principally the community festival in June and the firework display in November.

Before performing his final duty in office, Cllr Hopkinson reflected on his time in office, saying he thought the year had gone “very well” and it had been a “great privilege” to serve the community of Bradley Stoke.

In a lengthy speech, he reminded councillors of the inaugural Bradley Stoke Carnival, which he said had been an “extravaganza of colour sweeping through the cul-de-sacs” and the first-ever Festival Bed Race, both events having been instigated at his suggestion.

He also mentioned his proposal to hand over the Brook Way hard court area to a local charity and a yet-to-be-formed youth trust, which failed to gain the support of councillors last year, and he voiced support for a new idea submitted through the subsequent public consultation – that the land to be used to construct a theatre and media centre.

Councillors then voted to unanimously appoint Cllr John Ashe as the next Mayor and Cllr Roger Avenin as his deputy. 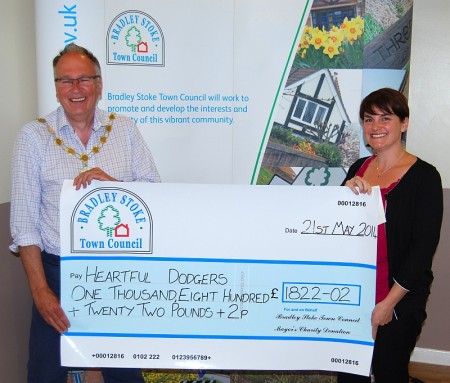 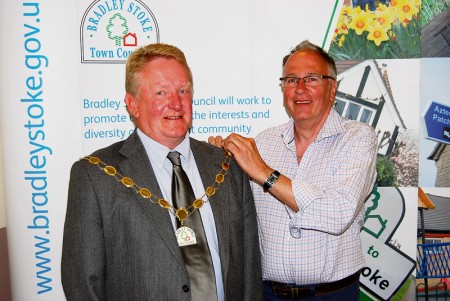 This article originally appeared in the June 2014 edition of the Bradley Stoke Journal news magazine, delivered FREE, EVERY MONTH, to 9,450 homes in Bradley Stoke, Little Stoke and Stoke Lodge. Phone 01454 300 400 to enquire about advertising or leaflet insertion.