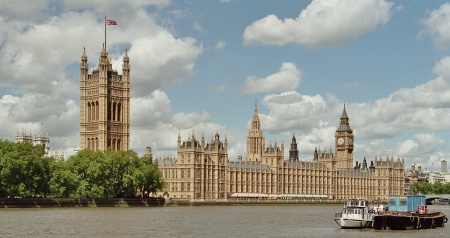 The name ‘Bradley Stoke’ looks set to disappear from the title of the local parliamentary constituency, despite protests from local Councillors who say they fought hard to get the town recognised before the current ‘Filton and Bradley Stoke’ (FABS) constituency was contested for the first time in 2010.

The Boundary Commission for England, which is aiming to reduce the number of constituencies in England from 533 to 502, proposed last September that the town of Thornbury should be merged with Filton and Bradley Stoke to form a new constituency named ‘Filton and Thornbury’.

Following a period of public consultation, the Commission has now published revised proposals, in which the new constituency has been given the more generic name of ‘South Gloucestershire West’ – previously suggested by Cllr Jones as an alternative that “does not  inequitably give precedence to the residents of one town over another”.

Naming issues aside, the proposed remodelling of constituency boundaries in South Gloucestershire was broadly supported by the Conservatives but opposed by Labour and the Liberal Democrats.

Whether the changes will come into force in time for the next General Election (expected in 2015) remains in doubt, as Liberal Democrat leader Nick Clegg has promised to oppose the plans and the Labour Party has described them as a waste of taxpayers’ money.

Another round of public consultation has now opened on the Boundary Commission’s updated proposals, running until 10th December 2012. Once the Commission has considered the feedback received, it will publish its final recommendations by 1st October 2013.

Responding to the publication of the revised proposals, the current MP for Filton and Bradley Stoke, Jack Lopresti, told The Journal:

“Obviously I would be very sad to lose Staple Hill and Downend if the proposals were to go through but I will of course continue to serve all the areas of the Filton and Bradley Stoke constituency for the remainder of this Parliament.”

Cllr Ian Boulton (Labour), who finished second to Mr Lopresti at the May 2010 General Election, said:

“The Boundary Commission has always had independent responsibility for ensuring parliamentary constituencies should be a similar size, however this politically motivated tinkering has now proposed boundary changes that bear little relation to the communities most of us recognise.”

“It scandalous that good money is still being wasted after bad by continuing with this project since the coalition partners have already decided they cannot agree on pursuing these plans.”

“Whilst every penny of public money is under scrutiny, I fear this has been a self indulgent and expensive folly on the part of the Conservative and Liberal Democrat Government.”

“UKIP FABS see the proposed boundary changes as no more than an exercise to try and strengthen marginal Tory held seats by pulling in areas where they believe to have support.”

“We welcome the overall reduction in parliamentary seats, although our District is not affected. The proposed name initially tabled for the constituency would not have reflected it correctly, so the latest proposed name of South Gloucestershire West is a much fairer representation.”

Photo: Jack Lopresti MP makes his victory speech after winning the Filton and Bradley Stoke seat at the May 2010 General Election.