South Gloucestershire Council (SGC) has revealed that it is considering a range of “mitigation measures” to address the widely held view that a recent £4.2m scheme of “improvements” on the southbound A38 near Aztec West has worsened peak time traffic congestion for the majority of road users in the area.

The latest development came just days after one local councillor said he had raised the issue with West of England metro mayor Tim Bowles and asked him to speak to members of SGC’s Cabinet.

Pressure is also being applied to Highways England (HE), which has responsibility for the roundabout at the neighbouring M5 J16 roundabout, asking it to liaise with SGC over the lack of synchronisation between traffic signals there and at the Aztec West Roundabout.

In a letter sent by Bradley Stoke Town Council to HE, mayor Andy Ward referred to “an issue with the sequencing which causes congestion when traffic leaving the Motorway attempts to integrate with the Aztec West roundabout approach road network”. He went on to write: “The traffic in the local area has worsened significantly since the recent improvements were made. Our residents are understandably frustrated having endured many years of roadworks in and around the town only to find that, once completed, the promised improvements have not materialised and in fact the opposite is the case and congestion has significantly worsened.”

Speaking at a BSTC meeting on 14th March, Cllr Brian Hopkinson reported that SGC is “considering taking over responsibility for the M5 Junction 16 traffic lights from Highways England,” although it was noted that there were financial issues which would need to be addressed before this could be done.

Earlier, a meeting of the local SGC Community Engagement Forum on 22nd February had been told that: “Several mitigation measures outside the scope of the road scheme which was substantially completed in October 2017 have been identified to assist in alleviating the current issues.” These are listed in the minutes as:

The positive and negative attributes of each option are detailed in the forum minutes (section 9 refers):

• Minutes of the Bradley Stoke, Stoke Lodge, The Common (East of A38) Community Engagement Forum meeting on 22nd February 2018

This article originally appeared in the April 2018 issue of the Bradley Stoke Journal news magazine (on page 23). The magazine is delivered FREE, EVERY MONTH, to 9,200 homes in Bradley Stoke and Little Stoke. Phone 01454 300 400 to enquire about advertising or leaflet insertion. 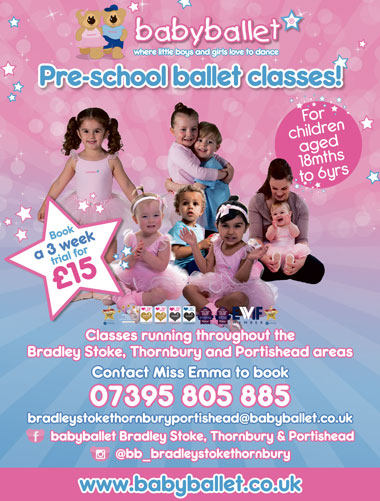